The chipper generally runs through the City beginning the first week of November through the last week of April, as weather permits. 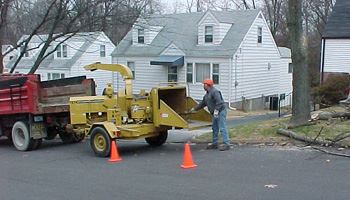 As always, please remember that the chipper can only handle limbs 3 inches in diameter and smaller. There is no maximum length for the limbs. Limbs should be put out at the curb with the fat parts of them facing towards the street. Do not bundle the limbs or intermingle anything with the limbs or they will not be taken. This makes the chipping operation more efficient and safer for the operators. During the time period that the chipper is not running, you can cut your limbs into 4 feet lengths, bundle them and put them out with your yard waste for the trash company to pick up.