The City of St. John has been, since its inception, well-located on the regional, and national, transportation system.  In 1921, St. Charles Rock Road became the first concrete state highway in St. Louis County.  With the development of the interstate highway system years later, including the construction of I-64, I-70 and I-170, St. John became directly linked to major regional employment centers and to the larger national market. 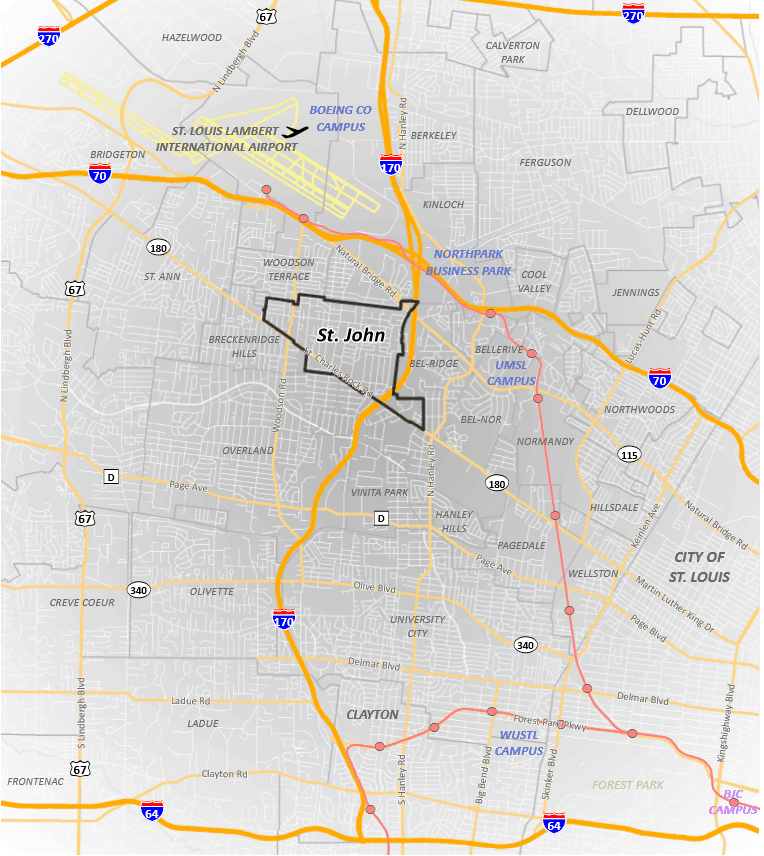 The City’s location on this transportation network, along with its assertive use of various public/private partnership (P3) programs, has allowed it to grow private investment in the very competitive St. Louis marketplace.  High-speed broadband internet access available in the City helps to foster its economic activity and growth, as well as facilitate access to information and services.  The City continues to be an active participant with the private development community in ensuring that St. John provides an attractive location for investment in a wide range of residential, commercial and residential projects.

St. John created the St. Charles Rock Road Tax Increment Financing (TIF) District in 1989. The District included most of the City’s commercial and industrial uses along a 1.5 mile eastern portion of St. Charles Rock Road, and generated over $15 million in incremental tax revenues during its 23 year existence.
The City used these revenues to construct critical public infrastructure within the District, remediate significant environmental issues, and provide direct financial assistance to private developers and business in the District.  The City’s participation was instrumental in the retention and growth of major employers in the I-170 Business Park (including Enterprise Leasing’s primary call center, Glideaway Mattresses and Bed Carriage, Repco Solutions, Pepperidge Farms, and Irwin Products), the development of St. John’s Place assisted living and physical rehabilitation center, the construction of dual drive-thru McDonalds restaurant, and the renovation of numerous private building facades along St. Charles Rock Road.

“The renovations we were able to perform thanks to the public/private partnership have reduced our annual maintenance bills and enhanced our facility’s appearance.  Working with the City of St. John and their expert architects and planners has been an extremely positive experience.”

“The Ritenour School District is tremendously proud of the strong, longstanding support we have had from the City of St. John.  The School District is particularly appreciative of the city’s use of the St. Charles Rock Road Tax Increment Financing District, which provided the opportunity for us to renovate and build an addition to our North Athletic Complex in 2013. It is wonderful to work with city officials who value education and work hard to make our community a great place to live, work and raise a family."

Dr. Chris Kilbride, Superintendent
Ritenour School District.
In 2001, the City formed the St. John Crossings Tax Increment Financing (TIF) District and the St. John Crossings Transportation Development District. These two successful public/private partnerships have provided $8 million of property tax and sales tax revenues that have been used to amortize bonds the City issued to provide critical financing for the development of St. John Crossings Shopping Center.   This project involved the acquisition and demolition of highly visible and blighted commercial uses along St. Charles Rock Road, the purchase of 39 abutting residential properties, and development of a much-needed community-scaled shopping center (anchored by a 66,200 square foot Shop ‘n Save supermarket and fuel station as well as an Applebee’s Neighborhood Grill and Bar) on St. Charles Rock Road.  This project brought $20 million of private investment into the TIF District, increasing real estate values by over 1,300%,  and has created over 200 permanent jobs.  One final out-lot remains for development and is currently being advertised for development.

The City of St. John has also worked with individual merchants in the development and utilization of another important public/private partnership program.  The St. Charles Rock Road Community Improvement District (CID), created by the City in 2013 in cooperation with its largest commercial uses (QuikTrip, Rottler Pest & Lawn Solutions, Walgreen’s, McDonalds and CVS) outside of the TIF District, includes all businesses in the central and eastern portion of St. Charles Rock Road.  Through the use of a self-imposed 1.0% CID sales tax, these businesses contribute to a City-administered CID fund which uses this sales tax revenue for public infrastructure improvements, renovation of privately-owned buildings’ facades, and business retention and recruitment.


The City actively seeks to create partnerships, and provide financial assistance for a wide range of projects – including  façade improvements; new storefront configurations, and upgrading of signage and awnings – with businesses now located in the CID, and will consider expansion of the CID on a project by project basis. 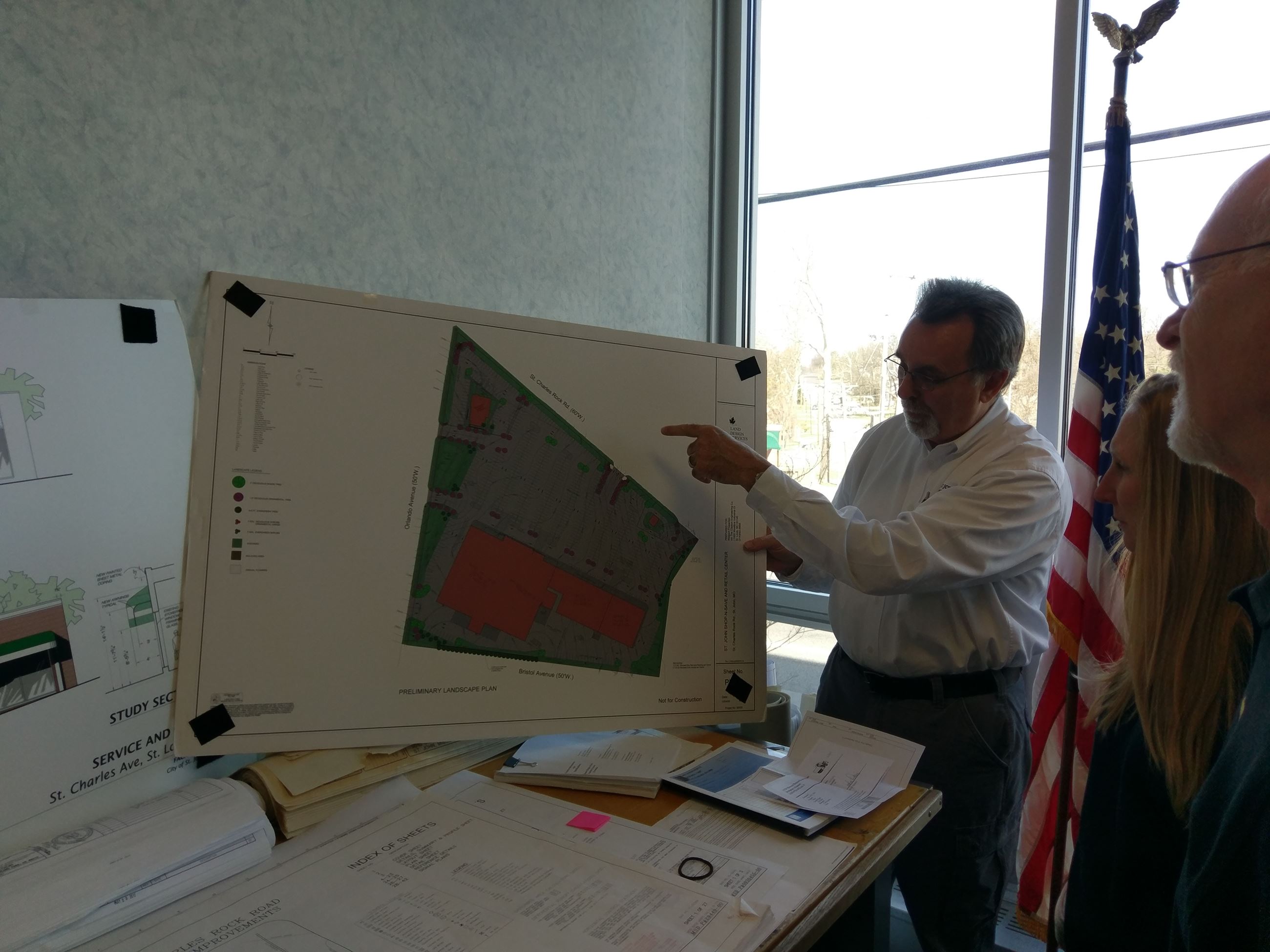