Create an Account - Increase your productivity, customize your experience, and engage in information you care about.

In August of 2001, the City created a second TIF District which, unlike the first district, was designed to only encompass one project. This was located on the south side of St. Charles Rock Road, between the St. John Municipal Center and The Ritenour Senior High School.

This district was a huge undertaking; totally different than when the first District was created 12 years earlier. Due to the reported abuse of TIF usage over the years, State Government tightened the laws governing TIF Districts which put more restrictions in place on the creation of the districts and the approval of TIF Projects. 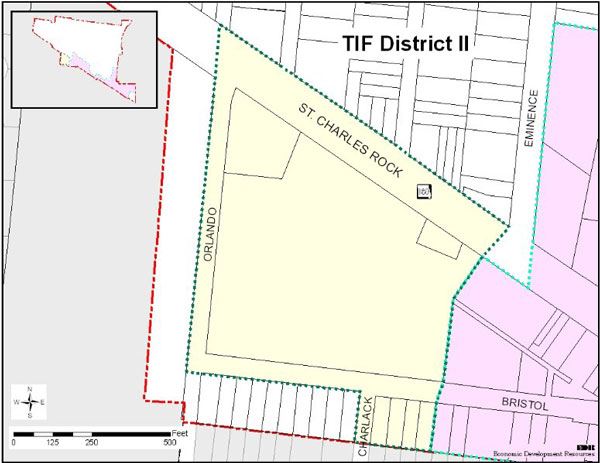